Note: it seems that semrush is computing more data than ahrefs, which would explain the discrepancy between the estimates, even if the proportions are usually comparable.

The purpose of this short piece is to study the state of the Switching Assistants market in France, active in the Finance & Utilities (energy, phone, internet) verticals. Those companies help customers find cheaper alternatives to their existing contracts. Switching Assistants are the new generation of price comparison sites.

For each company, we’ve collected up to 71 data points from various sources: whois, ahrefs, Semrush, alexa, Similarweb, Apollo, Crunchbase, Zoom Info, WebsiteIQ and the main social media outlets. The data estimates are correct at time of writing (Oct 26, 2021) and naturally subject to evolve. We invite you to use the same tools to update the figures.

What we've learned from the data

This vertical has not experienced any major organic traffic increase over the last 12 months, with 3 sites even losing traffic. Both the median and average organic traffic change # are just above 1 (1.12) for the L12M. It seems to be a mature / not so dynamic vertical in terms of growth. All companies featured in this analysis have enough traffic (> 50K) to be reported by Similarweb. The average Alexa rank is pretty high: 239,568 (especially if you consider that this sample is limited to French speaking players). We don’t see much headroom in this vertical.

8 companies out of 10 haven’t reported any VC funding. The most funded entity in the report, Empruntis, raised $32M 15 years ago. The funds at their disposal haven’t translated in a strong online presence. They’re ranked #9 out of 10. Empruntis’s business strength lies in its network of 158 agencies. Interestingly the other VC-funded entity, Pretto, occupies the last place in our list in terms of organic traffic. Note: apparently Je Change raised capital in 2016, but we could not find the actual figures, hence the N/A mention.

We haven’t noticed any significant social media activity in this vertical. The most active company on Facebook is Selectra, with just over 50,000 fans. They’re also the most active player on Youtube in terms of organic achievement, with 7430 subscribers. 8 out of 10 reviewed companies are investing in FB ads, 5 spend money on Instagram advertising.

5 companies out of 10 are investing more than $20,000 per month in SEM. According to semrush estimates, Le Lynx tops the list, followed by Les Furets and MeilleurTaux. The average spend per paid visit (CPC) is around $3 in this vertical.

What we would do

There’s a huge gap between the heavy spenders and the second part of the leaderboard. Companies like Je Change, Réassurez-moi, Selectra and Empruntis should boost their SEM efforts, focusing on long tail / less competitive terms.

As they say “The Value Is The List”. According to Similarweb data, there’s a huge difference between the most active and the least active players in terms of mail traffic. MeilleurTaux generates 3.32% of its traffic from email whereas Je Change doesn’t seem to generate any significant traffic from this source (0%), at least not enough to surface on Similarweb traffic breakdown.

Besides your usual customers, you should also try to build lists with contests, freebies and promotions. The cost of (re)marketing those users via an email funnel is negligible. This should be one of your priorities: be creative!

Money management-related videos are popular on Youtube (how to make money, how to save money,…), if properly produced (not mere “in your face” ad creatives using royalty-free footage). There’s an opportunity to stand out from the competition for those investing serious recurring content efforts on Youtube, directly and via a network of influencers. We could easily see one of the listed players develop a 50K-subscriber community.

You can repurpose your video content in a native vertical format for Tik Tok and Instagram Reels.

Most reviewed companies are already pretty active on the inbound front, generating a substantial part of their traffic from organic queries. But it’s a constant arms race. MoneyVox, mainly a blog, ranks higher than 4 more sophisticated platforms, thanks to a huge stock of info content (185,000 indexed pages).

Once you’ve attracted someone on your site and they’ve fired the FB and Google pixels, you can start to retarget them. This will increase your conversion potential, allowing you to increase your efforts at the top of the funnel (search, content). 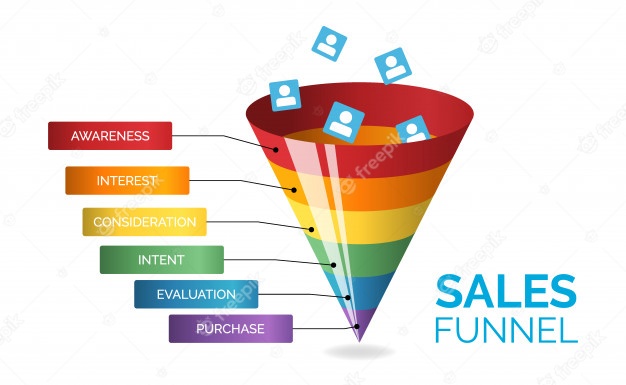 Looking for non-diluting capital to grow your business?

We invite you to check out the services offered by Clear.co.
They offer flexible solutions to finance your marketing efforts.
APPLY NOW

As in every KPICrunch study, we highlight a selection of the essential KPIs in a series of leaderboards: the Top 10 Best Ranked Tools on Alexa, the best performing sites from an organic perspective and the most active players on Youtube.

The smaller your Alexa rank the higher your web traffic will be.

The best performing switching assistants from an organic perspective

This leaderboard is based on the “Organic Traffic To KW Ratio” we calculate using ahrefs data. Those sites have either a very strong authority (which translates in many branded queries with a high traffic yield) OR an effective content marketing strategy covering a wide and deep array of relevant topics.  Click on the widgets for details.

Yoube activity is a relevant signal to evaluate the intensity of a brand’s content marketing efforts. High view counts don’t always translate in high subscriber numbers since some of those players can rely on paid traffic to accelerate their distribution.

Check out our FREE collection of KPI reports